This is one of the most common discussions on the Internet (blogs and communities) about whether a Hyper-V Host really needs to have antivirus software installed. According to the book “Windows Server 2012 Hyper-V: Deploying Hyper-V Enterprise Server Virtualization Platform” by Zahir Hussain Shah, the author highly recommends installing antivirus software with exclusions on Hyper-V Host.

“Hyper-V as a server role also needs to be protected against malicious viruses and attacks. In fact, a Hyper-V role becomes more critical than any other server role. For example, if your IIS web server gets infected by a virus, and as a first precautionary step, you need to remove the IIS web server from the network for maintenance purposes; only your web services will be affected for some time, in this case. But if your Hyper-V server role gets infected with a virus and you have to take down the Hyper-V machine for maintenance, it might affect the virtual machine running on it.”

According to the book “Windows Server 2012 Hyper-V Cookbook” by Leandro Carvalho, the author recommends installing antivirus software on the Hyper-V Hosts and Virtual Machines with exceptions.

“Security is the prime concern in all scenarios and as a Hyper-V administrator and you need to make sure that there are no compromises on your servers, either physical or virtual.”

According to the book “Windows Server 2012 Hyper-V Installation and Configuration” by Aidan Finn, Patrick Lownds, Michel Luescher and Damian Flynn, the authors have noted:

According to the book “Mastering Hyper-V 2012 R2 with System Center and Windows Azure” by John Savill, the author has noted:

“The Microsoft best practice is to run no additional applications on the Hyper-V host, and strictly speaking, this would include malware protection.”

“I personally lean a little more toward defense in depth. I prefer to have many layers of protection, which means malware support on the host. However, it’s critical that any malware solution does not interfere with the Hyper-V processes or the resources of virtual machines.”

“Failure to correctly exclude Hyper-V resources will result in problems with virtual machines starting and functioning correctly, as documented at http://support.microsoft.com/kb/961804/en-us.”

“While the risk of infection is low, if an infection did hit your Hyper-V server, the impact would be large. There may also be audit problems for hosts with no malware protection.”

In the book “Hyper-V Best Practices” by Benedict Berger, the author has noted:

“I have seen antivirus engines on Hyper-V hosts doing bad things such as breaking a virtual hard disk, deleting an essential system file, or just producing a very intense amount of storage IOs. Excluding all relevant files and folders regarding Hyper-V and its VMs, there is nothing left worth scanning on a Hyper-V host. If you are not bound by a compliance policy, I highly recommend that you do not install antivirus products on Hyper-V.”

With all these recommendations on whether or not we should install antivirus software on Hyper-V Host, my personal view is that even if we have to exclude much of the configuration and virtual machine files related to Hyper-V role, having a malware solution will be beneficial in protecting the remaining Windows system files and folders if configured properly. For the past 2 years, I have been using Microsoft System Center Endpoint Protection 2012 on the Windows Server 2012 Hyper-V Hosts in production environment and so far I have not faced any problem on the Hyper-V Hosts because of the antivirus software. Make sure that your antivirus software supports Windows Server 2012/ 2012 R2 Hyper-V. I would leave the audience to make their own decision. Here, I am sharing the configuration that I have done in my production Hyper-V environment.

Perform the following steps configuring an anti-virus protection and exclusions on Hyper-V Host: 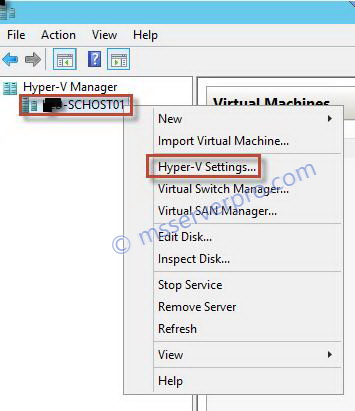 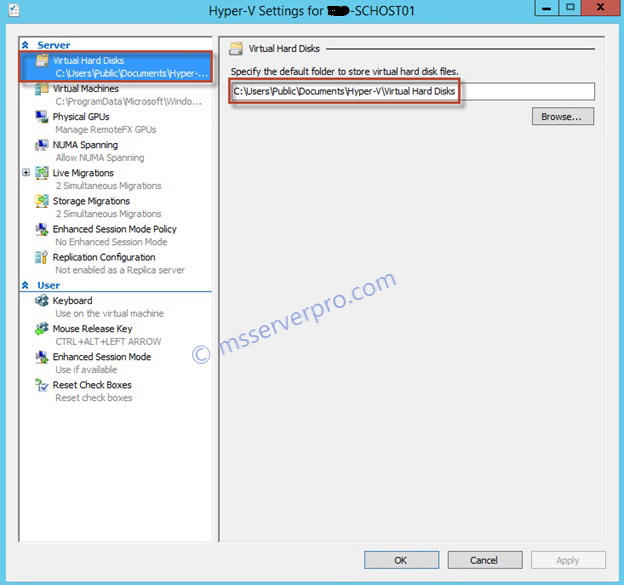 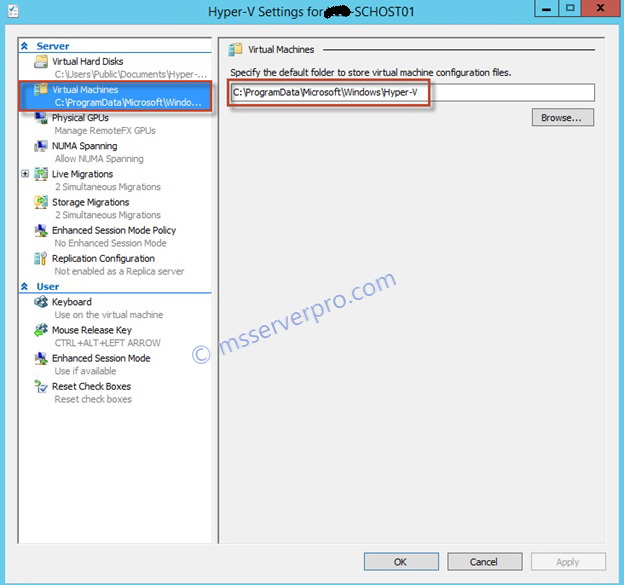 2.  In Hyper-V failover cluster environments, C:\ClusterStorage as shown in figure. 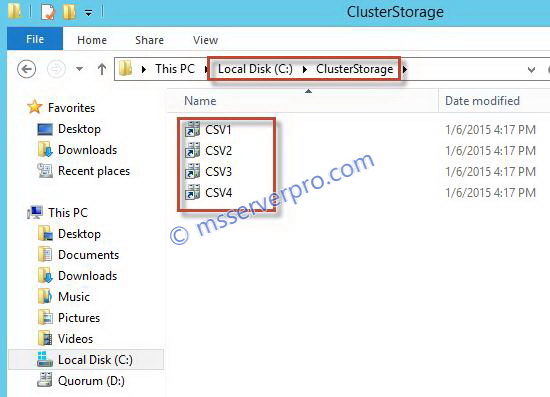 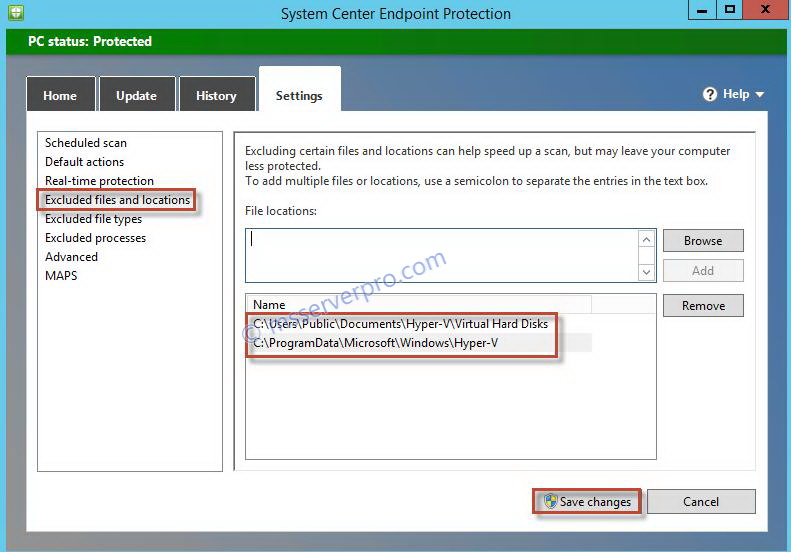 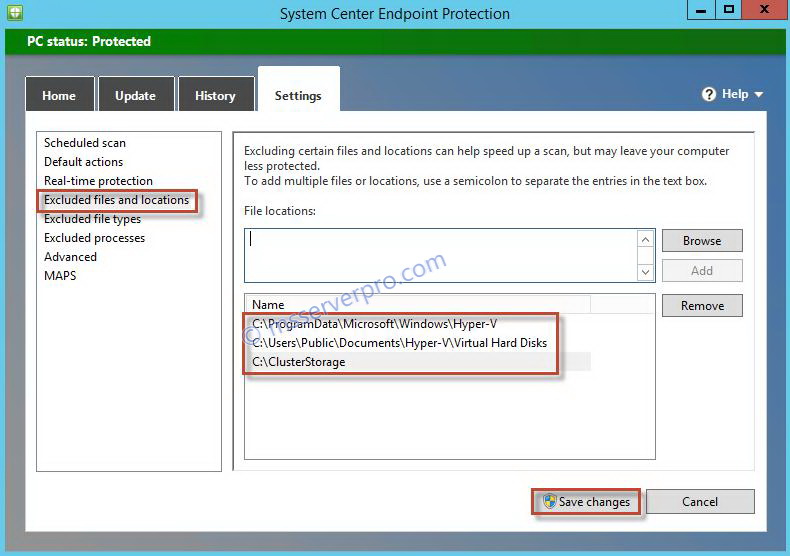 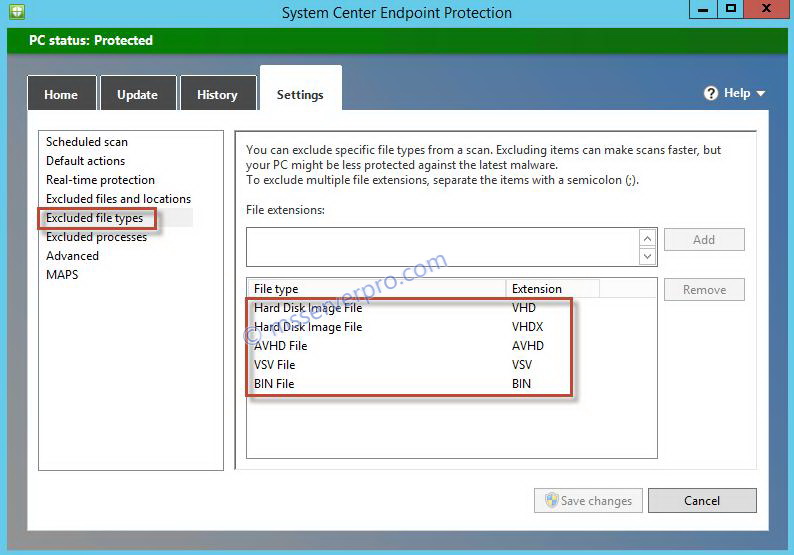 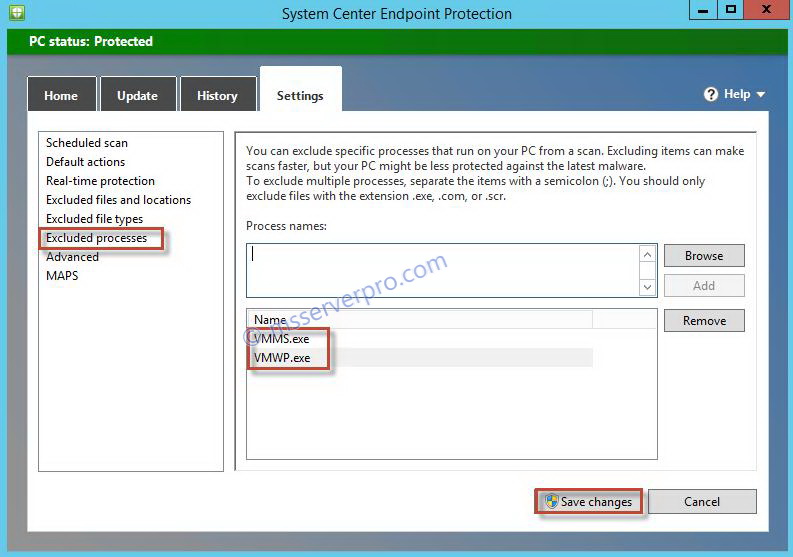 I hope this article will help those who decide to install antivirus solution on their Hyper-V hosts. 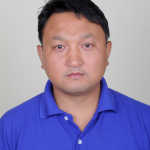